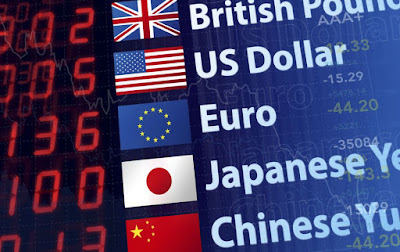 Multi-currency management is a standard feature in Dynamics 365 (or rather in its underlying platform: the Common Data Service for Apps).

Administrators configure each desired currency (USD, EUR, GBP…) and their exchange rate with the system “base” currency (there can be only one base currency per environment, and you define it during setup: it can't be changed afterwards).


What happens when you create currency fields?

Example of records with different currencies, exchange rates and base amounts:

How are exchange rates applied?

The system automatically converts each currency field in the base currency (using the "Base" fields, even if the two fields are in the same currency). The applied exchange rate is the one that was configured in the system at the time the conversion took place.

The equivalent amount in the base currency is calculated only during the following events:
Out of the box, it is not possible to enforce the exchange rate or the base currency fields of a record. The exchange rate that is configured in the system at the time of conversion is always the one that is used. Some complex workarounds can however be found: http://stackoverflow.com/questions/34635557/how-to-force-exchange-rate-in-sales-order


What is the purpose of the user's default currency?

The default currency of a user is useful for these purposes:

The chart logic is roughly the same that applies to rollup fields.
They will sum up the child records base currency fields, and will use the current exchange rate to display an amount is any currency.
Common Data Service for Apps Currency Dynamics 365